The Azerbaijani language is of two types and is divided into two common dialects. An easy way to distinguish between the two is that in the more northern countries, where Azeri is spoken, they use the Latin alphabet, while in the southern countries, the Perso-Arabic script is used.

In Azerbaijan itself, the Latin alphabet is most often used, while in Iran, where many people who speak Azerbaijani live, the Perso-Arabic script is used. Northern Azeri, or Azeri, is the official language of Azerbaijan and is also spoken in Armenia, Estonia, Georgia, Kazakhstan, Kyrgyzstan, Turkmenistan and Uzbekistan.

During 800 years of development, Azerbaijani literary languages ​​have gone through two main periods. The old period covers the period from the 13th to the 18th century, while the so-called new one began in the 18th century and continues to the present day. 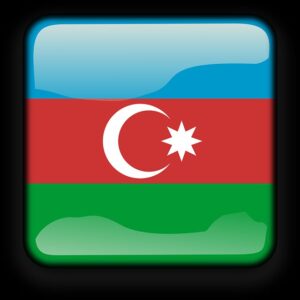 The vocabulary of the language of the first period was distinguished by an abundance of words of Arabic and Persian origin. The styles of the language of that period, especially in poetry and various stylistic devices, caused an influx of a large number of borrowed words in the literary Azerbaijani language. The opening of the schools of realism and the realistic literary method caused the disappearance of borrowed words that did not join the main vocabulary of the language. In addition, the words that came into the language during the Ottoman Empire “shimdi” (now), “shoyle” (such), “shu” (this, this), “kendi” (itself) appeared in the language in the new period.

Questions asked in Azerbaijani is a particularly interesting aspect in Azerbaijani. Interrogative particles: how, what, who, why and where (or in Azeri neca, ne, kime, ne ucun, harada) are integrated into the actual words describing the subjects of the questions. This is not a very common way of asking questions, but it is certainly an interesting aspect of the Azeri language. Similar to many languages ​​such as Welsh, for example, Azeri has a number system that translates very easily. Number 11, for example, we literally translate as ten one, while twelve would be ten two, thirteen would be ten three, etc.

The Azerbaijani language has several dialects. By studying northern or southern Azerbaijani, you will be able to learn many newer dialects and forms of speech in that language. Azerbaijan is a country that has diplomatic relations with other countries and is a member of 38 international organizations. Of course, this is one of the more promising countries for the vision of business and trade, and the Azerbaijani language could be very useful for creating ties with this country.